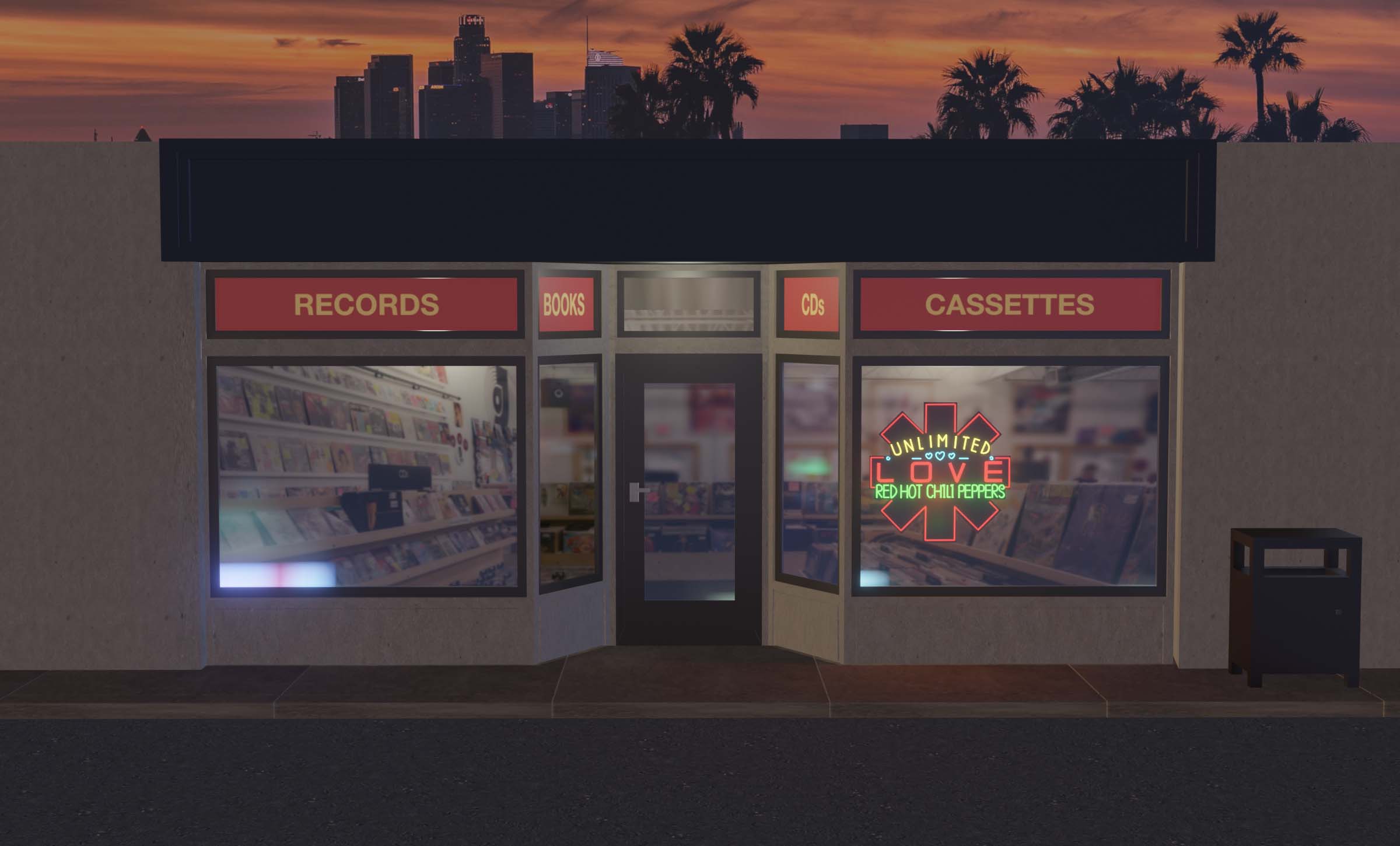 A major component of the Red Chili Peppers' latest release, Unlimited Love, was a big push with vinyl and support for local record stores. With over 10 different vinyl pressing editions, fans had a variety to choose from depending on their location. To help fans find the album at record stores near them, we teamed up with Warner Records to create an interactive record store locator. To bring fans into the experience we created a custom designed record store to explore. The experience centers around an interactive map that automatically detects fan locations and displays every record store near them, along with the different vinyl editions available at each store. Fans could add a pin and selfie to the map to share where they purchased their album. As an added bonus, an interactive wall full of easter eggs allowed fans to explore and interactive with RHCP photos, flyers, merch and more. As fans explored, the new album streamed in the background, directly from Spotify, Apple Music, and TIDAL. 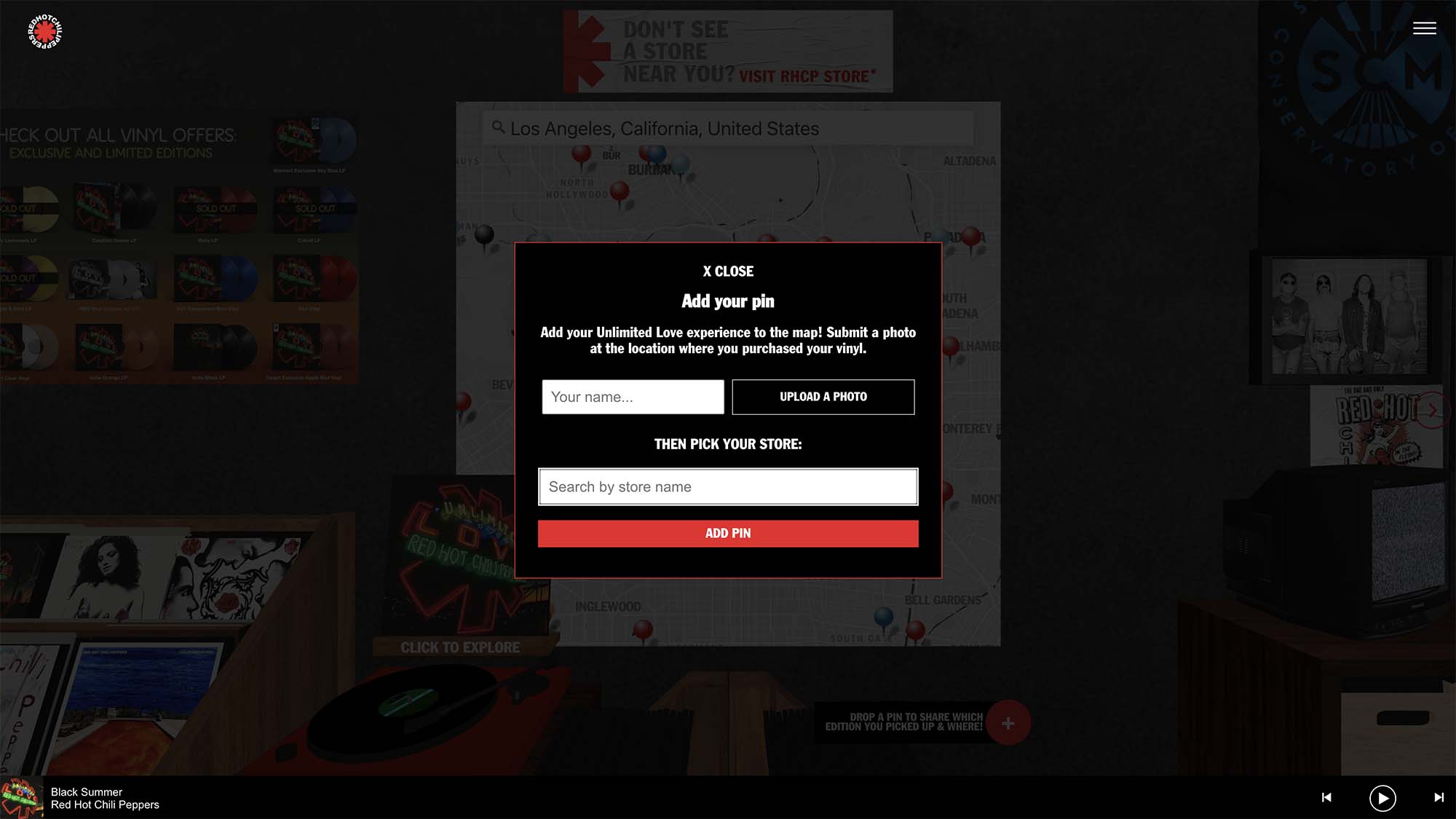 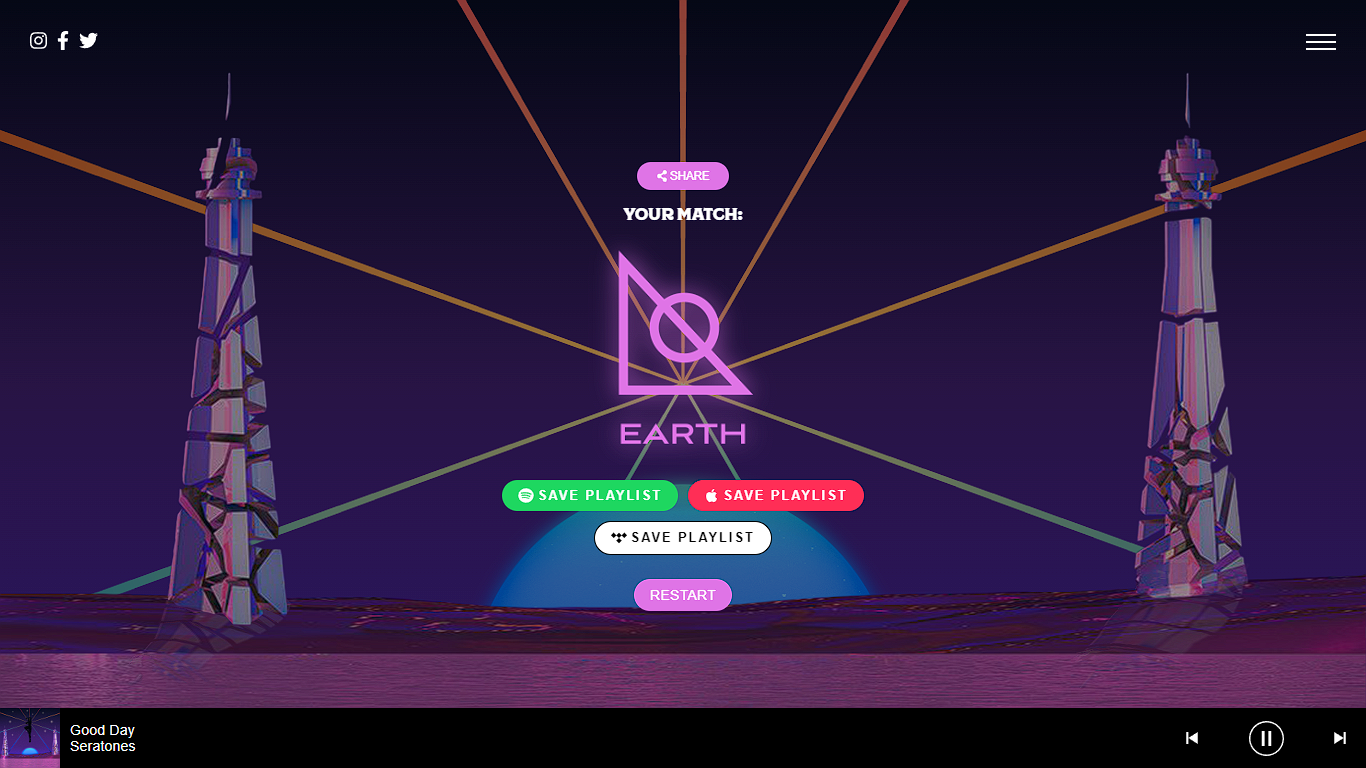 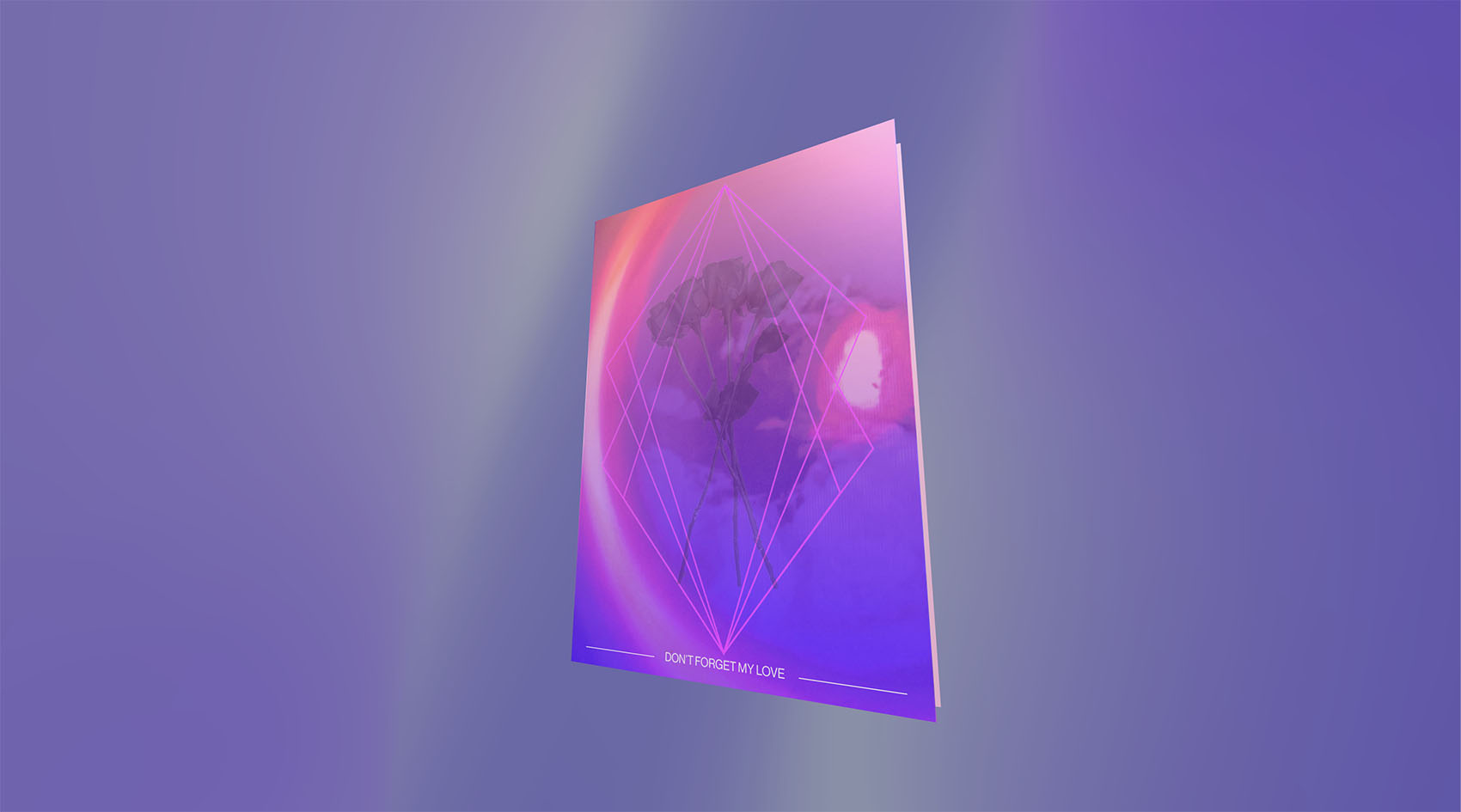