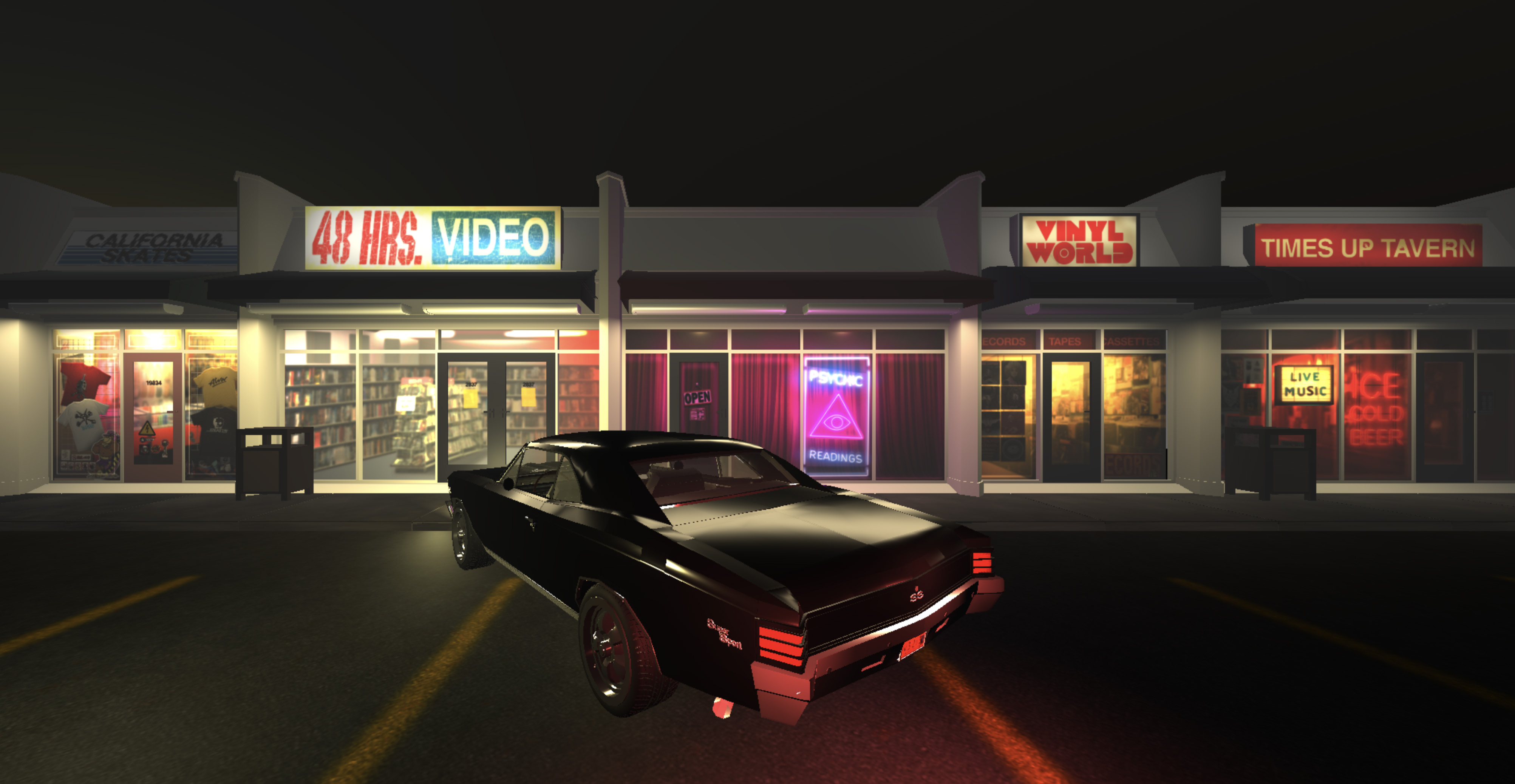 For Black Pistol Fire's latest album, the band wanted a way to connect with fans and tease exclusive content virtually to celebrate the new music. Wayward was brought on to design an interactive world where fans could explore new music, videos, and merch as they anxiously awaited the album's release. Over the course of eight weeks, experiences and content were unlocked, giving fans something new each week. While fans explored, the band's new music played directly from Spotify, Apple Music, and TIDAL, boosting streams and album pre-saves all the way through release day. 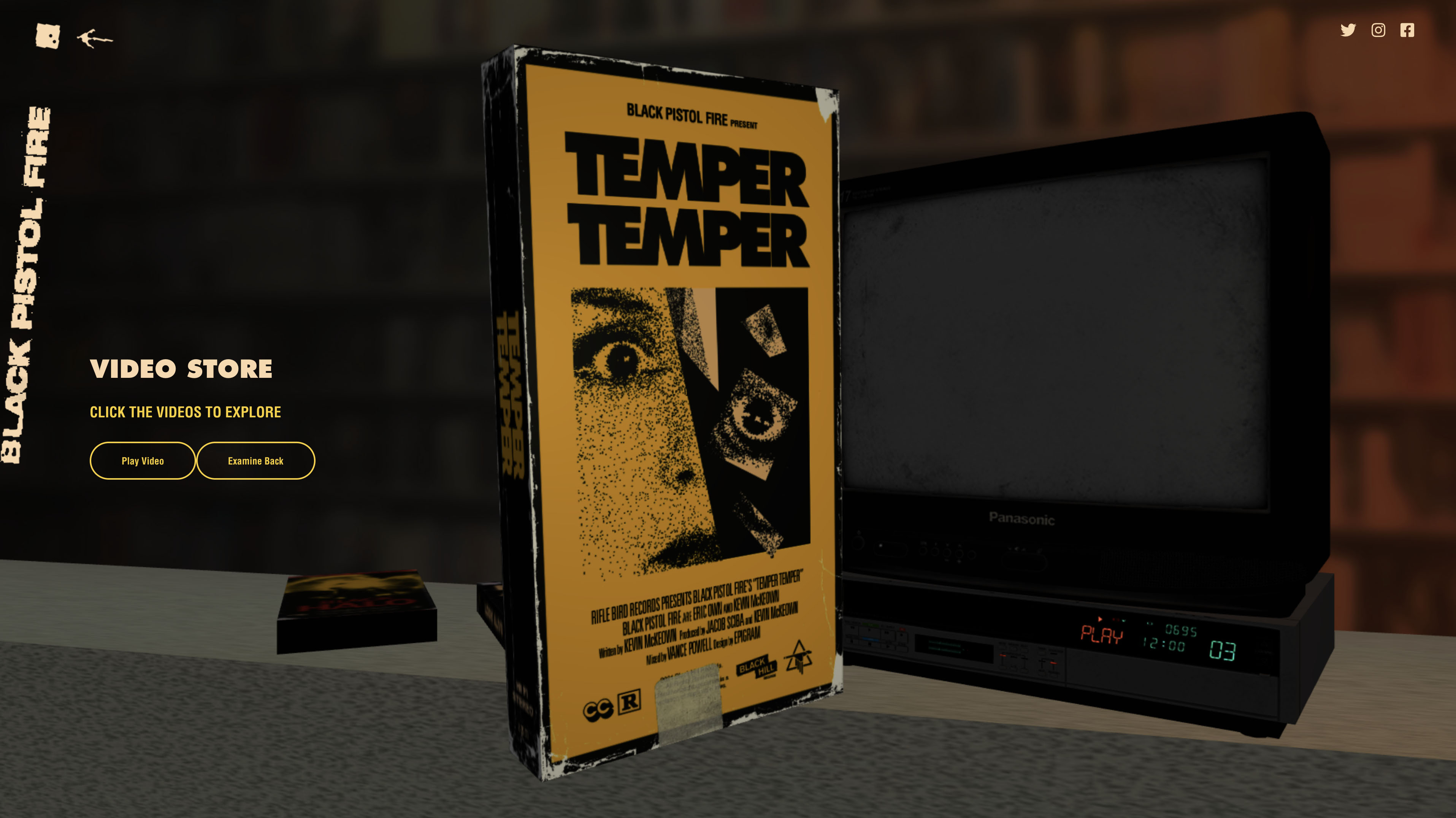 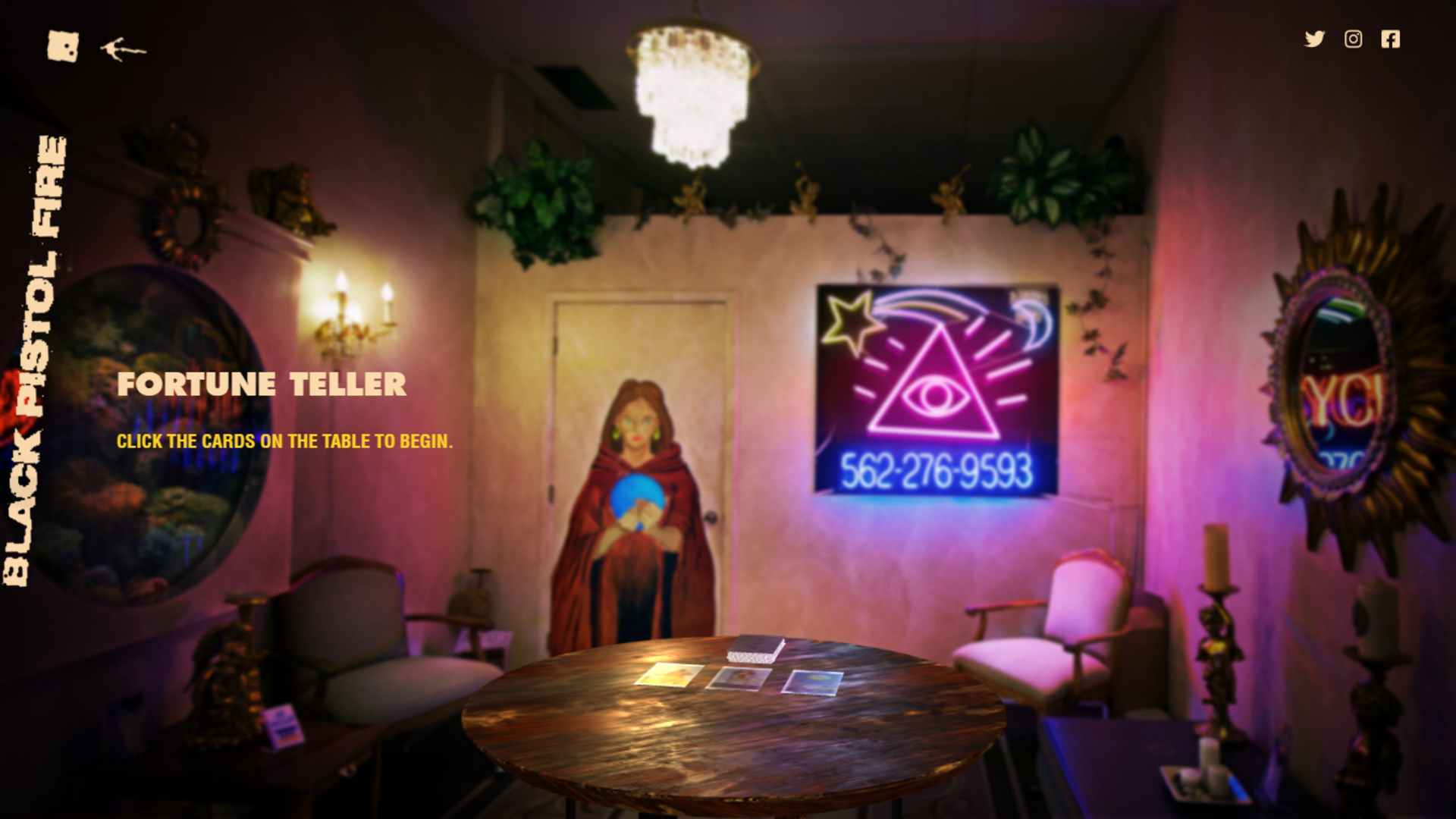 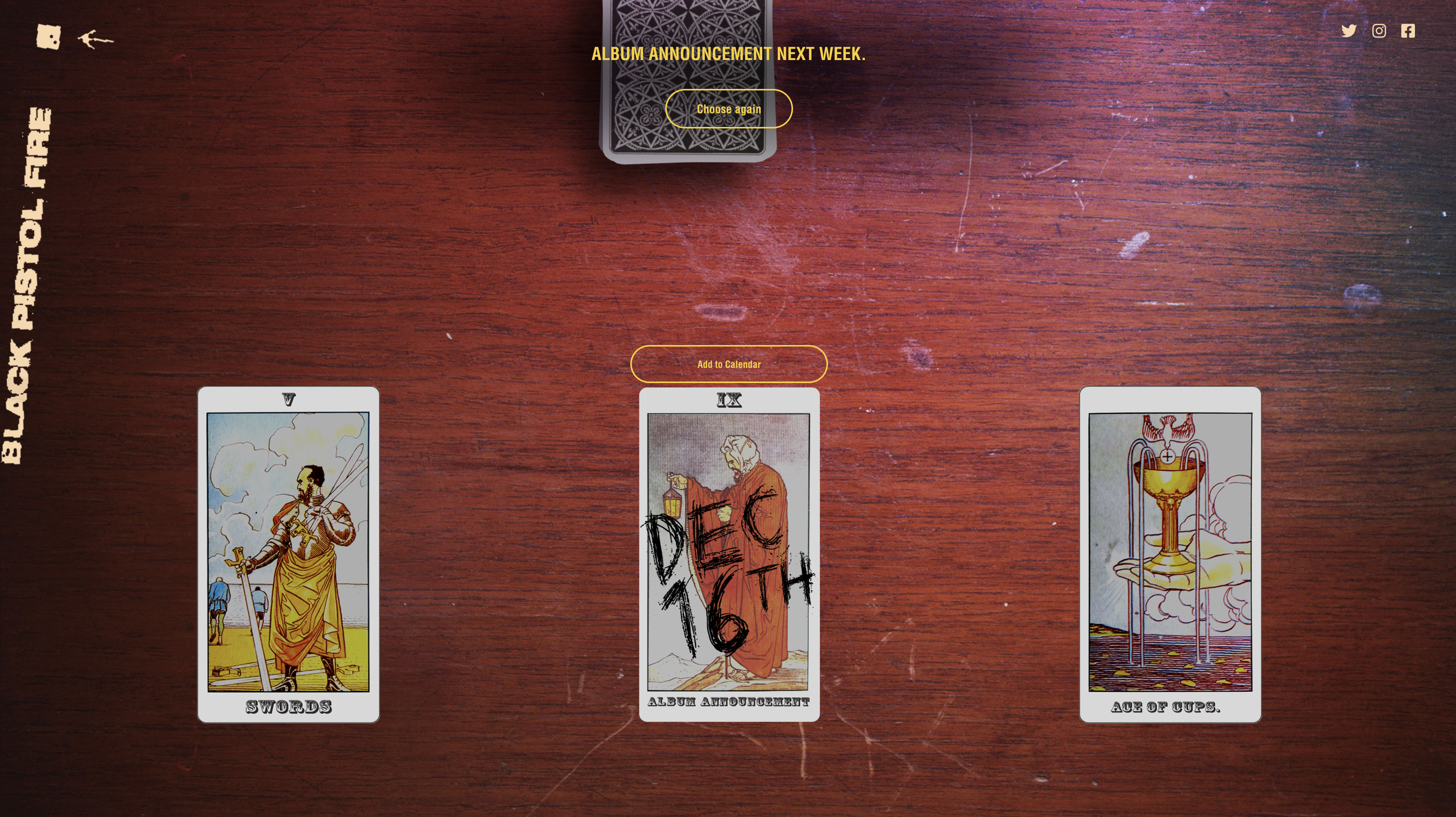 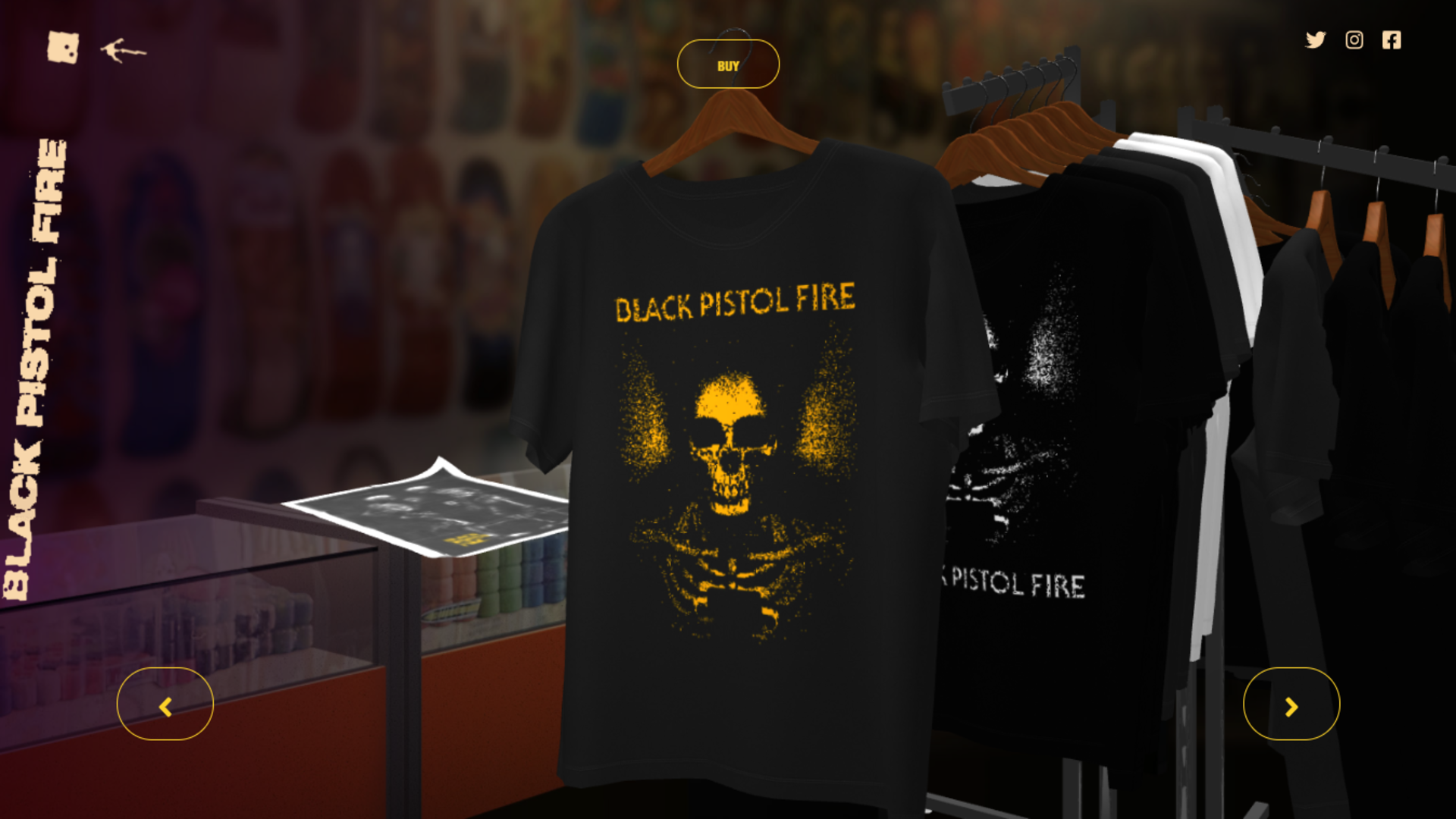 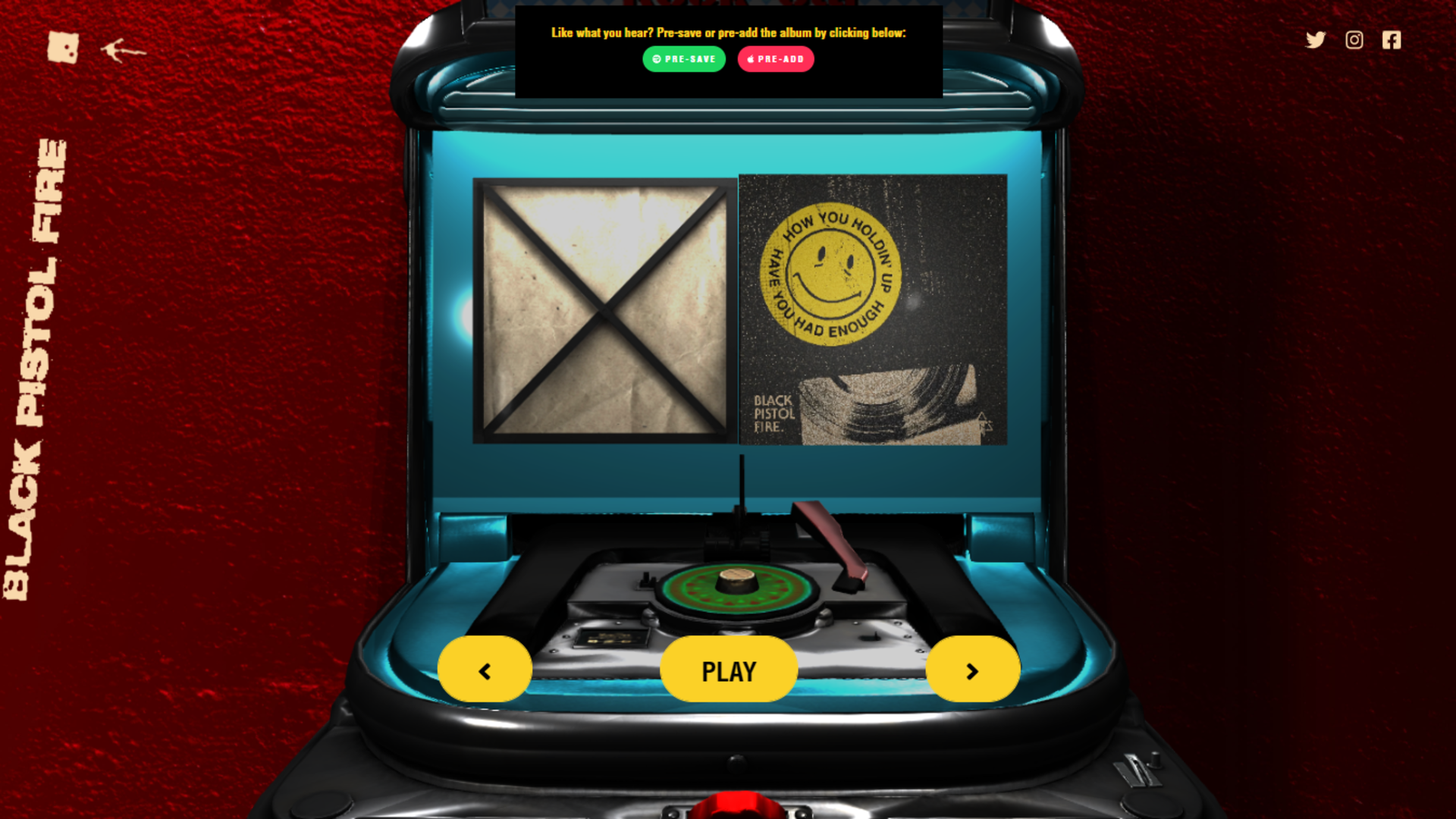 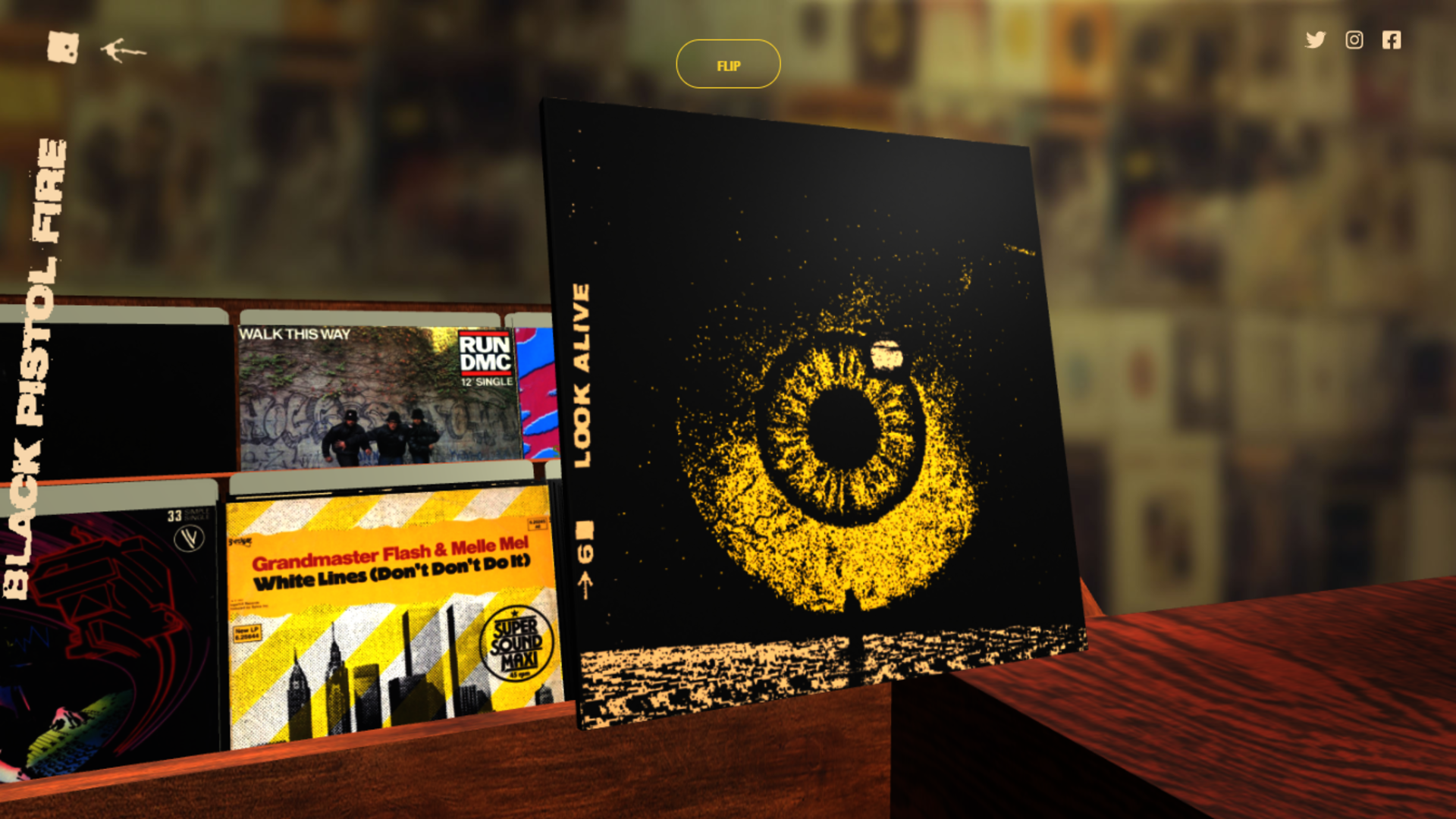 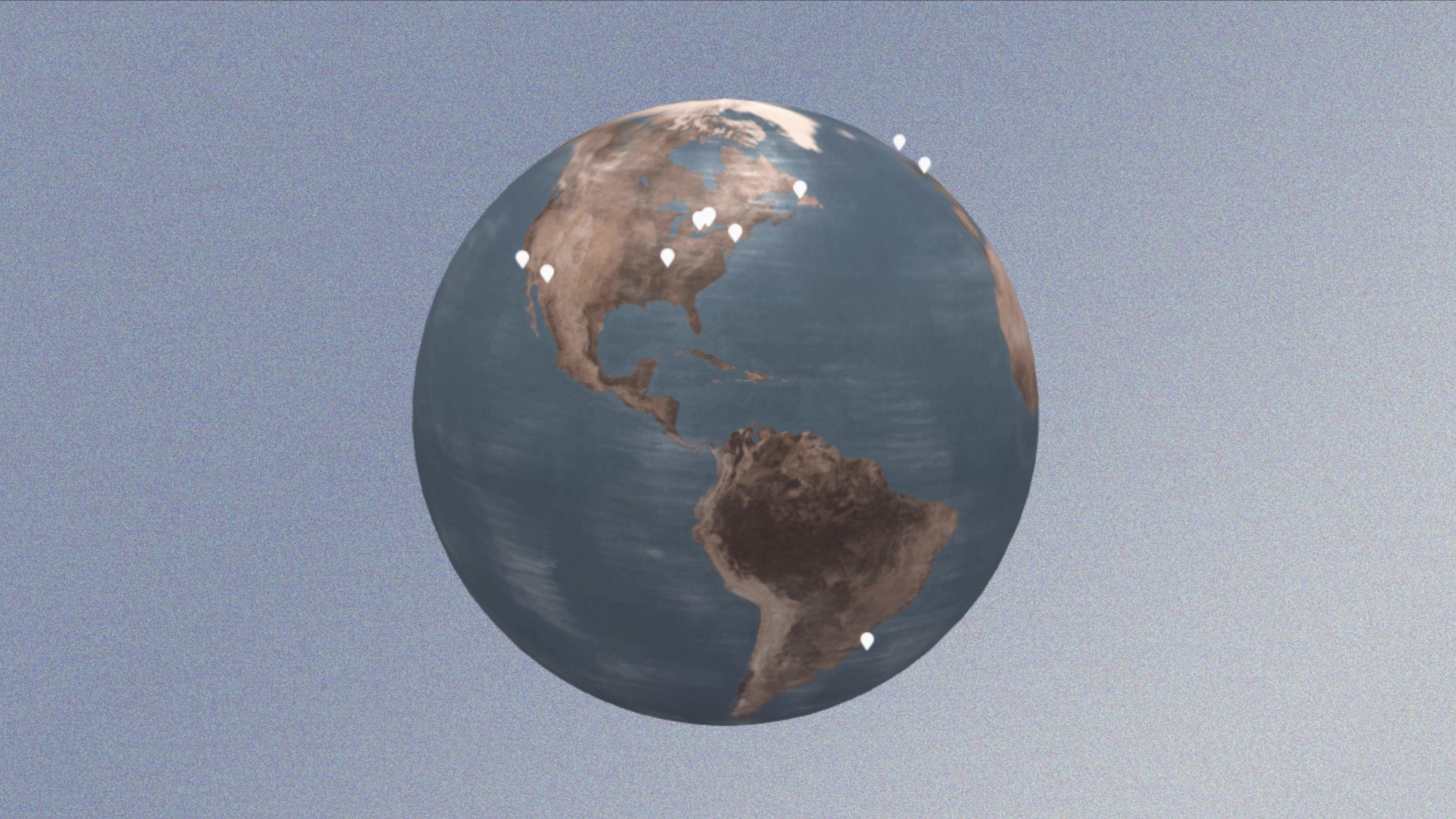 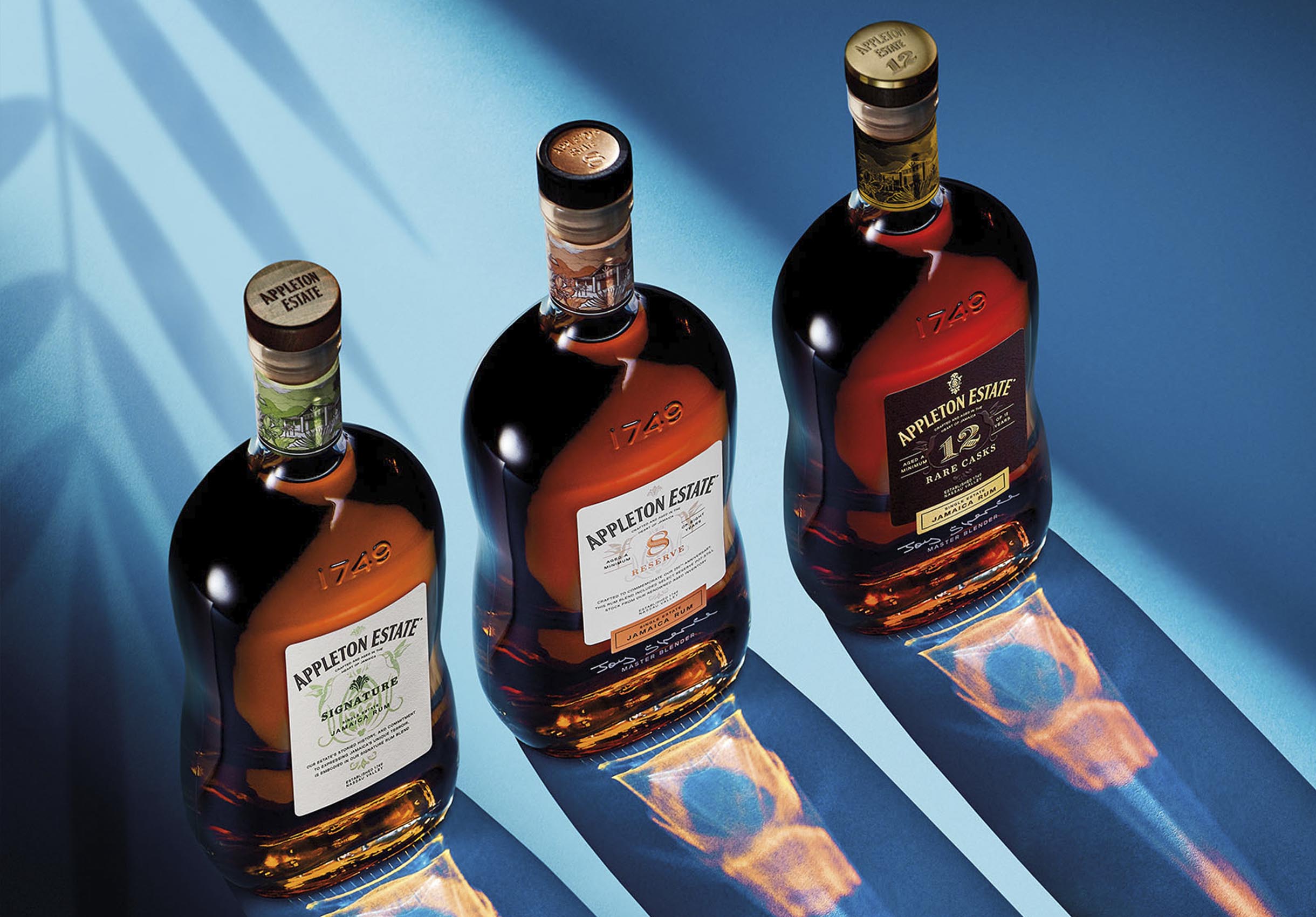